Passau University’s Quidditch team has achieved the greatest success of its three-year history: the ‘Three River Dragons’ around Team Captain Heiner Elsner and trainer Ida Meyenberg clinched the title at the German Quidditch Championship in Jena. 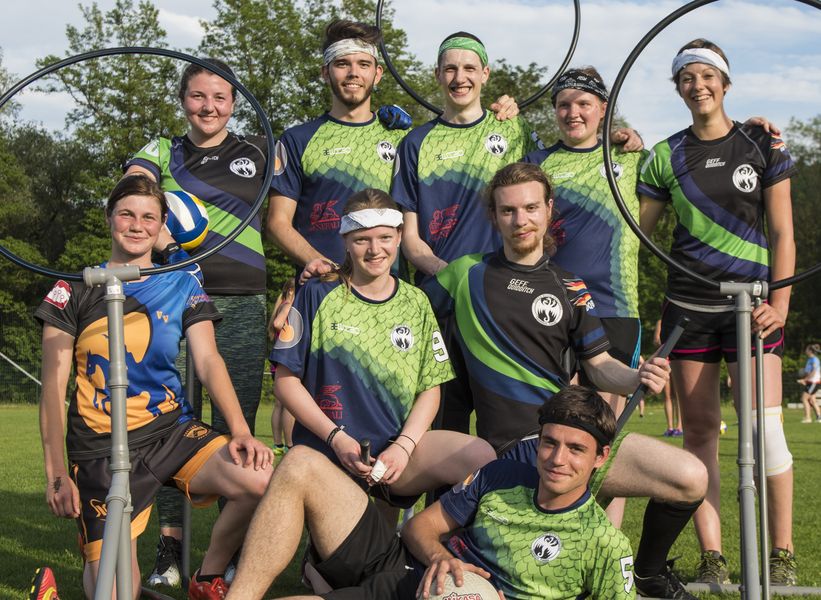 ‘We are very happy and also a little surprised’, the Team Spokeswoman, Felicitas Köck, said. ‘Even though it was our third time in the German Championship, we certainly hadn’t expected to get that far.’ The team from Passau managed to go through the tournament without defeat, eventually facing the title defenders, Bonn Rheinos, in a thrilling finale. Despite starting out ten points behind, Passau managed to overtake the Rheinos thanks to a catch by Co-trainer Sami Fekkak, which decided the match in Passau’s favour. ‘In the last weeks especially, we worked a lot on our team spirit. What makes us strong is that we a team not only on the playing field; we also know and trust each other outside of sport’, Felicitas Köck explained.

In all, it has been a successful season for the Dragons: In January, the team won 2nd place in the European Quidditch qualifiers and was among the top ten in the European matches. Founded in 2014, Passau’s Quidditch team is among the oldest Germany-wide, with around 30 players currently active.

Quidditch became an independent sport in the US and the UK in the early 2000s. In Germany, the ‘Harry Potter’-inspired discipline has become popular only in recent years – and still struggles to shake off the image of being ‘child’s play’. ‘Despite its growing popularity, our sport is still often seen with some disdain; we are not yet taken as seriously as other sports clubs’, Köck said. ‘We hope that our recent successes and particularly the Championship title will help to establish Quidditch as a serious sport in the region.’ New players are always welcome, since the team has its sights on the next objective ahead: ‘To defend our title, of course!’

For more information on the sport in Germany, visit the German Quidditch Association (in German).